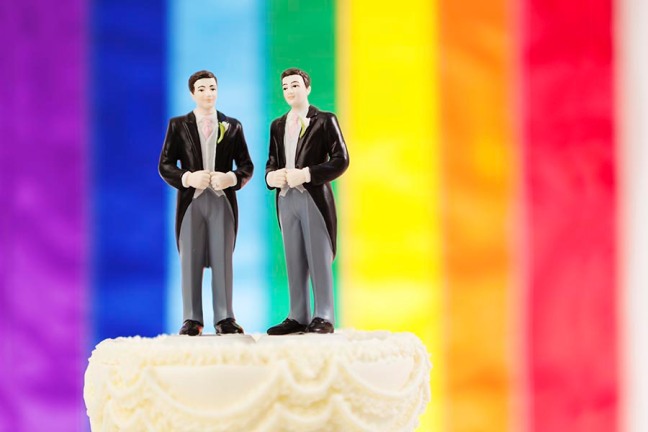 Here are my thoughts on this whole, “Let’s sue because we can’t get service thing.”  **This is not about a public or government services. This is about private businesses.

Private businesses can and should be able to serve whomever they want to. As an artist, especially, myself or anyone else, should never be made to express themselves artistically for reasons they are not passionate about or at the minimum in support of. (The Israelite’s being forced on pain of death to sing jovial songs while in captivity comes to mind.)

I know this is unpopular. I know that many, many people argue that the discrimination gay people may receive from a business is the same as a businesses refusing to serve people based on their skin color during the civil rights era. It seems as if they have a good point. However, those victims were wholly denied ALL aspects of service based on one physical objection.

The issue at hand is undeniably, fundamentally different. The gay/lesbian people were not being denied service as a whole being. One aspect of their lives which went very clearly against another’s religious beliefs was/is being denied. They weren’t being denied or rejected based on their simply being alive or being judged less than human/worthy. ONE aspect of their culture, (marriage is deeply religious and cultural,) is said to be going against and would therefore compromise another individual’s religion. Why would they want to FORCE someone who is not able to be supportive of this one aspect of their lives, to feign support? Would you really want an artist to half-heartedly serve you?

Private businesses can and should be able to serve whomever they want to.

In the wedding business myself, I would never be able to take part in a polygamist marriage ceremony. I could serve, help or support those involved in that ceremony in other ways, but not in that one aspect of their lives that would violate my conscience and faith.

I hope that if a Muslim has a problem with me notwearing a hijab that they would refuse me whatever service / good they are offering on the spot.  I would be annoyed to have to look elsewhere, but I would adamantly defend their right to refuse me service if it would compromise their faith to do so.

I am in support of the gay coffee shop owner kicking out the group of Christians from his restaurant. I think he is slightly crazy and that he borderline verbally assaulted the group, but he has every right to serve whomever he wants to.

The right to to discriminate for any reason or no reason should be allowed in the private sector.

So before you offer your support to the gay couple suing the baker – even if you are an adamant defender of gay marriage – think about anything and everything you would not want to be forced to support/serve. Would you want to be forced to make t-shirts for the church who protests American soldier’s funerals? Or forced to bake cakes for a white or black supremacist group? Or forced to paint/sculpt something pornographic on someone’s property. Where is your line? If you don’t have any lines then by all means support and sue away. But if you have even the faintest glimpse of line somewhere inside of you that says “maybe I wouldn’t want to be forced to support this one thing if I was asked” then you should be passionately defending the Christian baker and any other private business refusing service for any and every reason.

This isn’t about the Christian faith. This is about every faith from Muslims to Atheists. The right to to discriminate for any reason or no reason should be allowed in the private sector (and absolutely not allowed in the public/government sector.)

Leave people alone to run their own lives and businesses. If they are truly despicable people the free market will drive them out of business.

Private businesses should be allowed to refuse service to whomever they choose for any or no reason at all.

“Shortly after our case started, two lesbian printers in New Jersey voiced their support for us because they didn’t want to be forced to print messages that would violate their consciences.”

I’m a T-shirt Maker with Gay Customers & Gay Employees — and I was Sued!

3 thoughts on “Should Businesses Be Forced to Serve Everyone?”