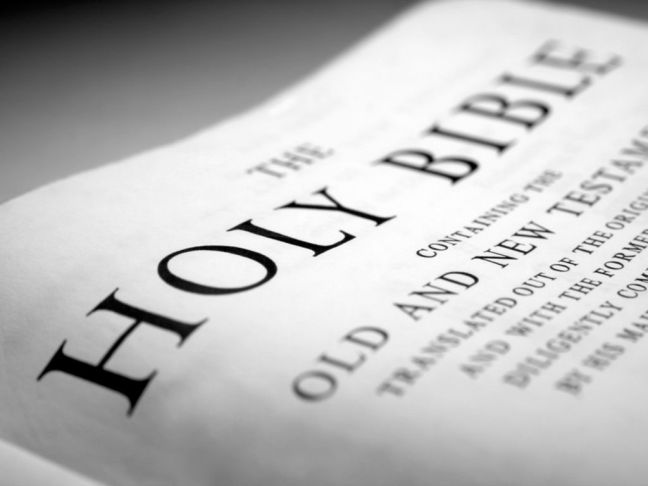 If I’m honest, I’d say that I’ve really shifted on my KJV-only position lately… in large part because there are a few questions that I just can’t answer.  And as James White said: “When we hold to or attempt to defend a position that cannot be justified, we do damage to the best position we might take.”

– Jesus paraphrased the OT (the Septuagint even!) & didn’t focus on the verbal, plenary inspiration of the originals, so why do KJV-onlyists?

– The Gospel writers all heard the same speech and didn’t record it the same which lends to a concept-based inspiration/revelation. Is the KJV-only position ‘stronger’ than the Gospel writers… than God?

– Can all other Christians/churches/pastors/schools be wrong?  Are they sinning (because they use other versions)? Is the majority of the Christian faith really deceived / deceiving others by using other versions?

– Aren’t ‘watered-down’ and ‘easier-to-understand’ two different things? There’s a big difference between someone actually tampering with the message. Some versions do – but some don’t. Many are accurate and faithful to the originals, aren’t they?

– What if the KJV translators were alive today – they okayed the revisions after 1611… why did we stop at 1769? The fact that they translated a contemporary English Bible – when they already had a couple – showed they believed in a re-examination of manuscripts and a necessity for proper revisions that better reflected the originals. There are many different new KJV updates – why is nobody even willing to look at them?

– Someone has yet to show me one single doctrine that’s in the KJV that is not in the ESV, HCSB, NKJV, etc…

– Why is the new ‘standard’ of comparison the KJV instead of the originals? IFBs compare the new versions to the KJV – and say “These verses are ‘removed’ or ‘left out.'” That frames the argument with an unfair bias.

– If the KJV is based on the TR (which is what I was taught over and over at college), then why are there so many differences between the two?

4 thoughts on “Questions about the KJV”