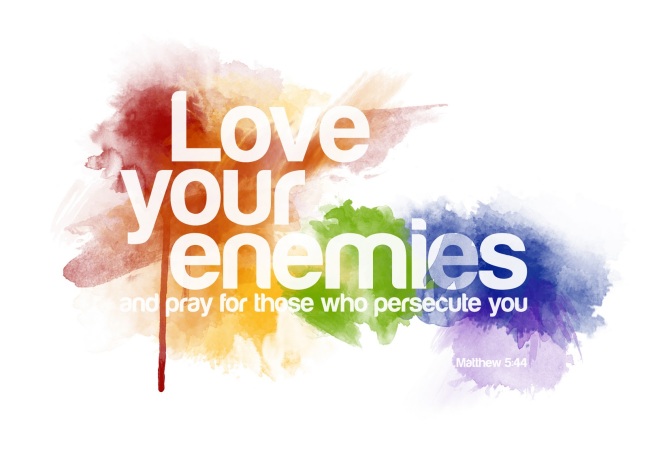 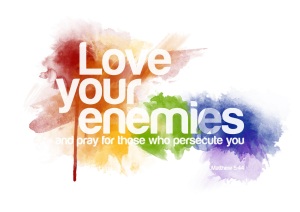 I was recently watching a TV show and saw a character, a grown man, who was talking about his list of “mortal enemies.”  The comical part was the reasons the man had that led them to get on his list.  One “enemy” was a TV character he idolized who failed to make a scheduled appearance the man had attended as a child.  Another was “on the list” for opening the package of a collectible toy that apparently was valuable.  The reasons this guy had “enemies” was not because they committed some atrocious act against him; in many cases the reason had practically nothing to do with things the “enemy” had done but was instead about his reaction and his pettiness.

Shortly after this I read Proverbs 16:7, which says: “When a man’s ways please the Lord, He maketh even his enemies to be at peace with him.”  That’s powerful!  Implicit within this verse is the idea that there is peace in all relationships, even those relationships which humanly you cannot imagine being peaceful.  According to Matthew chapter 5, when we, as believers, remember that our brother has anything against us, we are commanded to make reconciliation.  Immediately following, we are also instructed to agree with our adversaries quickly.  These verses put the onus on us, not the other person in the relationship!  We are commanded to consider whether someone has a problem with us and, may I add, when we have a problem with someone.  We are told to take the steps necessary to reconcile and to do so quickly.  Few of use regularly practice step one; and I fear even fewer even consider step two!

Most of us rarely stop to evaluate our human relationships.  We may look at our marriage or our family, but, assuming we do even this, we almost never evaluate our workplace relationships or our friendships.  It’s as if we think things are unchangeable.  Are there regular conflicts with others in your life?  When you do recognize a conflict or strained relationship, do you think things like “so long as he works here it will always be like this” or “I wish those people would just find another church” or “why does my spouse always create problems?”

When we are dealing with issues in any relationship, especially with people we’ve never gotten along with, the tendency is to complain about and blame them.  Our first reaction should be inspection, followed immediately by introspection.   What should you and I do?  Look inward and see if “our ways please the Lord.”   Biblically speaking, this our duty.  Are you living life according to God’s commands?  Are you exercising patience, love, and forgiveness towards others?  Have you taken affirmative steps to mend relationships, even when you think you weren’t in the wrong?

Bible study reveals that sometimes there are times when Satan attacks Christians, but contentions and strife generally are of our own creation.  Our biggest mistake is not that we fail to realize there is conflict or a lack peace; our mistake is often that we want to blame it on “the Devil” when it likely is “our ways” that need examining. Don’t try use the exception as an excuse to avoid inspection and introspection.

In Proverbs chapter 3, God tells us that the ways of the wise are “ways of pleasantness” and “paths of peace.”  Does this describe all of your human relationships?  We can claim God’s promise of peace but only after we have look inwardly and know that we are living our life in a way that pleases the Lord.  With God, peace in every human relationship is possible.