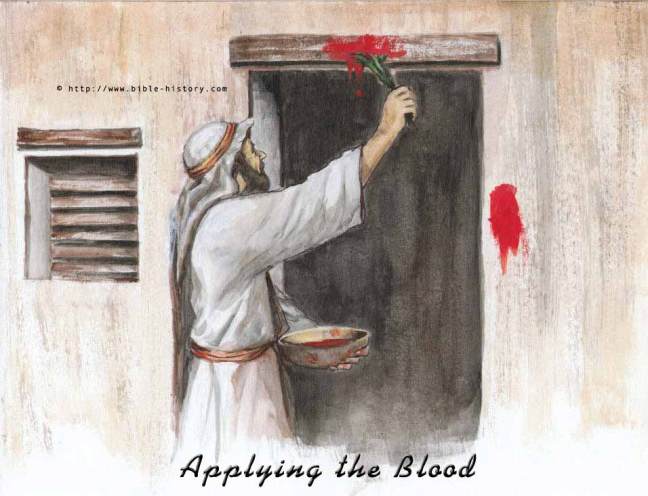 There are pivotal moments in our history… Pearl Harbor, Kennedy’s Assassination, D-Day, the fall of the Berlin Wall, September 11.  But none would compare with the days of Exodus 12.  This was big, really big.  So big that God would change their entire calendar!  I believe God loves changing calendars.  A thousand years later, He would change our calendar forever with the birth of His Son.  For those of us who know the Lord, we can measure our life by years BC (before Christ) and AD (as a disciple).  What happened during the days recorded here would change history forever – for all people.

The LORD is sure to give Moses every detail of what His people should do and how they should live.  Everything had a purpose.  Our Creator God is a detailed God and we must obey Him in the details.  For these little things would be a witness for all.  Details: the age of the lamb, the time of the sacrifice, the hyssop, the doorposts, the unleavened bread, the days of waiting, the haste of eating the meal.  The children would ask about its meaning; the mixed multitude would want to participate. (Exodus 12:1-15, 26-27, 42-47)

The star of this passage is the little lamb.  It was a pure firstling, roasted with fire, and shared by all in the home.  Its blood was to be shed and painted on the doorposts and header of each home.  It’s not hard to see the type of Chris in the lamb.  In fact, Paul confirms our typology in 1 Corinthians 5:7.  He is the pure, firstborn, judged at Calvary, and shared by all to their fill.  His blood was shed and must be painted on the doorposts of each life.  Verses 3-5 record a progression: ‘a’ lamb, ‘the’ lamb, ‘your’ lamb.  It’s not enough that Christ is a sacrifice for sin, nor is it effectual if one believes He is the way of salvation… not until that soul makes the Lamb of God his sacrifice for sin will he experience true salvation from the destroyer.  Hebrews 11:28 adds further light with its commentary that it was faith that moved Moses to sprinkle the blood for salvation!

Anytime we harden our hearts, it will not end well.  We will never succeed when fighting God; we will never fail when God fights for you!  All of Egypt suffered a great loss (Ex. 18:11) because they did not accept God’s passover.  Grief follows rebellion – without fail.  And it happened just like the LORD had said in two different ways, ‘Pharaoh isn’t just going to let you go, he’s going to force you out.’  And, ‘You will spoil the Egyptians when they send you away with their things.’

Acts 7:36 says simply, “He brought them out…”  Although it wasn’t final, this was Phase One of their Deliverance.  When we were saved, that was only Phase One (saved from sin’s penalty) – we are continually being delivered from sin’s power – yet one day, we will be perfectly delivered from even the presence of sin at our glorification!  Many have believed the promises without ever seeing them come to fruition (Heb. 11:13).  I’d like to think that I will see the end of the promises God has made to me in this life – but if not in this life, God is sure to bring them to pass in the next.  His promises will be achieved, no doubts!